Imagine – Friday night in a beer tent on Pound Meadow in Tring. With Mitch Benn – previous winner of the Leicester Mercury Comedian of the Year. Mitch travels the UK with his guitar, creating laughter wherever he goes, and is also a writer, performer and the resident musician on Radio 4’s ‘The Now Show’. ‘The country’s leading musical satirist’ (The Times). ‘Well crafted, well sung, his songs are just plain funny’ (The Guardian). ‘Less of him could really turn out to be more than he ever was’ (The Scotsman). Mitch is a highly intelligent comic who fires out funny material at the speed of a machine gun. You really do have to pay attention to him, but do so because the content does deserve to be heard. 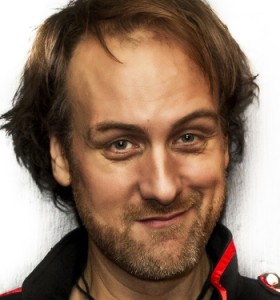 So imagine Mitch Benn (supported by Jon Murfin & Shaun Jacques)  entertaining the masses as you slowly sample each of the exquisite beers supplied by Tring Brewery.
Add to that, the opportunity to buy the regions leading comedy promoter a beer in thanks for all his hard work!
And to make it just perfect – all of this is just £5 a ticket!
Friday 21st June – show starts 8pm – Flaps open 7pm!
Box Office: Fancy That, Tring High Street or online: www.get-stuffed.biz