The Royal & Derngate certainly intends to kick away those January blues with probably the funniest night ever, classical ballet and one of the most popular musical shows ever to tour the UK

39 Steps will have you rolling in the aisles!

Adapted by Patrick Barlow from an original concept by Simon Corble and Nobby Dimon this tour marks the shows 10th anniversary.

Alfred Hitchcock’s classic spy thriller, The 39 Steps, brilliantly and hilariously recreated for the stage as the smash hit Olivier Award Winning Comedy is now on tour after 9 years in London’s West End.

Under the direction of Marine Medvetskaya, Saint Petersburg Classic Ballet combines classical training and technique with the best-loved Russian ballets, and has won plaudits across Russia, Scandinavia and the United States. Their performances have an air of magic, with outstanding soloists who will take your breath away.

The Nutcracker is the delightfully festive tale of Clara, who is whisked away on a fairy tale adventure by her Nutcracker prince; it is the perfect introduction to ballet. One of the few 19th century romantic ballets to survive intact, Giselle tells the story of a village girl whose everlasting love saves her beloved from a wretched dance to the death.

On 23rd January for one night only – the outrageous Bernie Keith! 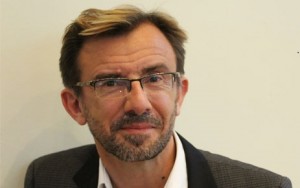 Probably Northamptonshire’s favourite broadcaster, Bernie Keith has been keeping huge radio audiences enthralled each weekday morning on BBC Radio Northampton. Now you get to hear the stories he can’t broadcast!

After his sell-out peformance earlier this year, Bernie Keith returns to Royal & Derngate.

Having started making radio shows when he was three, Bernie has plenty to tell from the back-waters of under-achievement in professional broadcasting, including 15 years in Northamptonshire.

Join him for an evening of hilarious and outrageous conversation for the inside story of a life in local radio.

One of the most popular touring shows comes to the Derngate stage from 26th January to 6th February. Celebrating the music of Frankie Valley Jersey Boys will take you back to his early years in the business in the 1960’s – you’ll probably know the words to almost every song!

The Broadway and West End phenomenon Jersey Boys is touring the UK and Ireland for the very first time! This smash hit musical has won 55 major awards worldwide, including the Olivier Award for Best New Musical.

Jersey Boys tells the true life story of four boys from the wrong side of the tracks who wrote their own songs, invented their own unique sound, and sold 175 million records worldwide.

The Herbal Bed at The Royal from 5th – 27th February

Did you know that Shakespeare had a daughter? In the 400th anniversary year of Shakespeare’s death, the Royal & Derngate are partnering with English Touring Theatre and The Rose Theatre to produce this play about Shakespeare’s descendants, set during the final chapter of his life.

Based loosely on the real events of the trial which ensued, the play is a beautiful evocation of Shakespearean England which offers a tender portrait of a family in crisis. It will be the first major revival of the play since its 1996 RSC premiere which ran in the West End and on Broadway and launched the careers of David Tennant and Joseph Fiennes.

“I have always wanted that which I cannot have.”

When William Shakespeare’s daughter is publicly accused of adultery with her neighbour, her husband chooses to stand by her, suing her accuser for slander. In doing so, their lives fall under the glare of intense public scrutiny in this emotional thriller, based upon real events from Stratford-upon-Avon in the summer of 1613.

A powerful exposé of the contradiction between human desire and social convention which seeks to repress it, Peter Whelan’s moving and uplifting play provides a beautiful evocation of life in Shakespearian England. It was first produced to great acclaim by the Royal Shakespeare Company before transferring to the West End and Broadway.

“MARVELLOUS, TENDER, WISE AND GENEROUS OF SPIRIT… A REMARKABLY PERSUASIVE AND TOUCHING PORTRAIT OF A FAMILY IN CRISIS” (DAILY TELEGRAPH)

By popular demand, star of stage and screen Jason Donovan returns to his roots for a solo tour of his debut five times platinum, 1989 album Ten Good Reasons and his Greatest Hits album. The tour arrives at the Derngate on Sunday 28th February 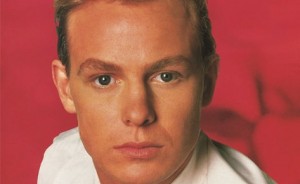 Ten Good Reasons became the biggest selling album of 1989 and remains a massive fan favourite, with two solo number one singles Too Many Broken Hearts and Sealed With A Kiss . It also featured the chart-topping duet with Kylie Minogue, Especially For You.

A star of stage and screen, Jason has performed on the musical theatre stage across the globe, appearing in hit shows including The Rocky Horror Show, Chitty Chitty Bang Bang, Sweeney Todd, Joseph, Priscilla Queen Of The Desert,  The Sound of Music, Annie Get Your Gun and his recent tour with The King’s Speech. His defining TV appearances include Neighbours, I’m A Celebrity… Get Me Out Of Here! and Strictly Come Dancing .

Shane Richie and Jesse Wallace have taken over the leads in The Perfect Murder coming to The Derngate from 14 – 19th March. I saw this production with its previous cast and wrote: “wonderfully witty – lots of very sharp comedy whilst at the same time keeping the entire audience tense, unable to fathom what intriguing twist is waiting around the corner to take the story in another direction.” 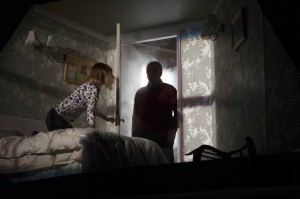 Victor Smiley and his wife Joan have been married for a long time. Their marriage has reached crisis point and Victor has decided there is only one way to get Joan out of his life forever… but he’s about to get a nasty surprise.

As young Detective Roy Grace starts to investigate his very first homicide case, dark forces intervene and he begins to fear that nothing is quite as it seems.

Have you ever wondered how to commit the perfect murder? This dark comedy-thriller might provide the answer! You’ll never look at Gaffer Tape in the same way again!

Vincent Samone & Flavia Cacace in The Last Tango at The Derngate from 21 – 26th March. 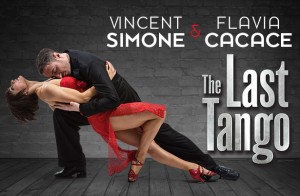 Fresh from their sell-out hit shows Midnight Tango and Dance ‘Til Dawn, Strictly superstars Vincent Simone and Flavia Cacace have created their most moving production yet, as they prepare to dance in their final ever show.

Twenty years of dancing together has seen them become Strictly Come Dancing favourites and World Dance title-holders, as well as create and star in their own West End productions – but now it is finally time for the nation’s best loved Argentine Tango Champions to say goodbye to the stage in a thrilling new live performance.

To bring us into April and finally into Spring the Derngate welcomes Priscilla Queen of the Desert from 4-9th April to provide some sunshine!

Get ready for the ride of your life, when international smash hit Priscilla Queen Of The Desert – The Musical comes to Royal & Derngate.

Based on the award-winning movie of the same name, and starring Duncan James of the band Blue, the show tells the heart-warming, uplifting adventure of three friends who hop aboard a battered, old bus searching for love and friendship, and end up finding more than they could have ever dreamed of.

With a dazzling array of outrageous costumes and a hit parade of dance floor favourites, including Downtown, Say A Little Prayer, Go West, Hot Stuff and Always On My Mind, this wildly fresh and funny new musical is a journey to the heart of ‘fabulous’!

Enjoy a visit to The Royal and Derngate this season!