Agatha Christie’s The Mousetrap has been the world’s longest running stage production at its London home for more than 55 years. The 60th Anniversary – and first ever – UK tour of this beloved murder mystery has now been seen by over 600,000 people across more than 600 performances, breaking box office records in many of its venues. The tour started on 11 September 2012 in Canterbury and continues through to December 2014 and will be returning to Milton Keynes Theatre 22 – 27 Sep. 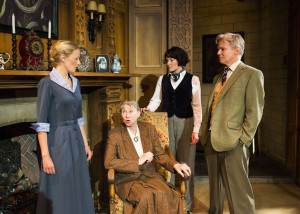 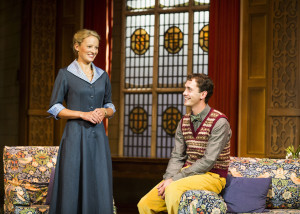 The scene is set when a group of people gathered in a country house cut off by snow discover, to their horror, that there was a murdered in their midst.  Who can it be?  One by one the suspicious characters reveal their sordid pasts until at the last nerve-shredding moment the identity and the motives are finally revealed.

In her own inimitable style, Dame Agatha Christie created an atmosphere of shuddering suspense and a brilliantly intricate plot where murder lurks round every corner.

The Mousetrap is at the Milton Keynes Theatre from 22 -27th September at 7.30pm with matinees on Wednesday and Saturday.