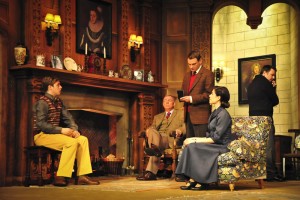 In her own inimitable style, Agatha Christie has created an atmosphere of shuddering suspense and a brilliantly intricate plot, where murder lurks around every corner. The scene is set when a group of people gathered in a country house cut off by the snow discover, to their horror, that there is a murderer in their midst. Who can it be? One by one the suspicious characters reveal their sordid pasts until, at the last, nerve-shredding moment, the identity and the motive are finally revealed.

The production, which originally opened in 1952 starring Richard Attenborough and his wife Sheila Sim, has been the world’s longest running stage production, at its London home since 1958. The 60th Anniversary – and first ever – UK tour of this beloved murder mystery has been seen by over 600,000 people across more than 600 performances and breaking box office records in many of its venues, since starting in September 2012.

The Mousetrap has been seen in every continent, with 60 productions licensed world-wide to mark the 60th Anniversary, while the play continues its London run, after more than 25,000 performances, at St. Martin’s Theatre. 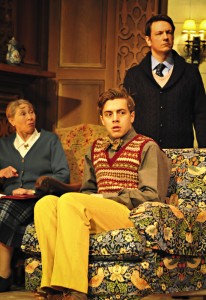 The cast for the 2015 tour includes Mark Homer (Eastenders’ Tony Hill) as Giles Ralston, and Jonathan Sidgwick (Hollyoaks; Coronation Street) as Mr Paravicini. William Ilkley joins from the West End production of The Mousetrap as Major Metcalf alongside Luke Jenkins and Anne Kavanagh who will reprise their roles from the record-breaking 2014 tour as Sgt Trotter and Mrs Boyle respectively.

The Mousetrap takes to the Derngate stage from Monday 7 to Saturday 12 September at 7.30pm, with matinees at 2.30pm on Wednesday and Saturday.