If ever a theatrical experience truly deserved the epithet ‘iconic’, Matthew Bourne’s Swan Lake is it. 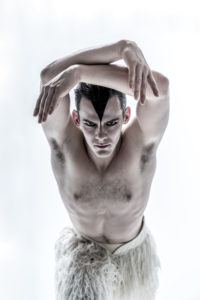 Returning to Milton Keynes Theatre with a fresh look for the 21st century – while still retaining all the breathtaking elements of the original production – Matthew Bourne and award-winning designers Lez Brotherston (Set & Costumes) and Paule Constable (Lighting) have created an exciting re-imagining of the classic New Adventures production.

Thrilling, audacious, witty and emotive, this Swan Lake is perhaps still best known for replacing the female corps-de-ballet with a menacing male ensemble, which shattered conventions, turned tradition upside down and took the dance world by storm.

Collecting over thirty international accolades including an Olivier Award in the UK and three Tonys on Broadway, Matthew Bourne’s powerful interpretation of Tchaikovsky’s masterpiece is a passionate and contemporary Swan Lake for our times.

Matthew Bourne says: “When we first started to do it, we had audiences walking out when the Prince and the Swan started dancing together. We had little girls in tears that it wasn’t performed with the tutus and pointe shoes that they were expecting; some people refused to come and see it at all. But we’re a contemporary dance theatre company, so we had to tell a story through movement, in a different way, and it needed a big idea to make people see it in a different way as well.

“I feel those themes are very universal and very much things that touch all of us. It’s a very human piece and global – both in its message and in the way that it brings us all together.”

If you haven’t seen the show that, 25 years ago, changed the shape of ballet as we know it, you have an unforgettable treat in store; if you’ve seen it before, the emotional truth, the beauty and the compelling drama of this refreshed production will certainly draw you back.

If your idea of ballet is still ladies in tights and tutus and men in tights without them then you are at least 23 years out of date! It was in 1995 that Matthew Bourne changed the world of dance forever, winning over most of his critics before the interval of that opening night. These swans are aggressive, masculine and utterly believable!

On the opening night at Milton Keynes Theatre the show featured Max Westwell as The Swan, Liam Mower as The Prince, Katrina Lyndon as The Queen and Carrie Willis as The Girlfriend. The audience were treated to this spectacular evening of beautiful music, fabulous sets and a brilliantly talented cast with a dancing prowess matched by their first class acting from start to finish. Matthew Bourne has tweaked this latest production, just enough to freshen it a little but not to upset those that don’t like change of any sort! The long standing ovation at the end of the evening proved just why Matthew Bourne’s wonderful direction fully deserves all the awards this production of the most popular ballet has already received – and those it will undoubtedly receive in the years to come!