The Bodyguard, the award-winning musical based on the Blockbuster film has arrived at Milton Keynes Theatre starring three-time Brit nominee and X Factor Winner Alexandra Burke as Rachel Marron. Direct from its West End run, the show is in Milton Keynes for 3 weeks only 12th – 23rd April. 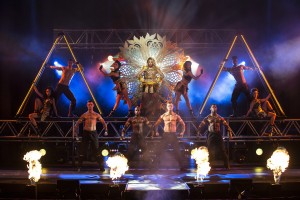 Alexandra Burke and Stuart Reid continue to star as Rachel Marron and Frank Farmer respectively with Rachel John as Nicki Marron, Carole Stennett who will play the role of Rachel Marron at all matinee performances, Mark Holden as Bill Devaney, Dominic Taylor as Sy Spector, Alex Andreas as Tony, Matthew Stathers as The Stalker and Glen Fox as Ray Court.

Based on Lawrence Kasdan’s 1992 Oscar nominated Warner Bros. film, which starred Whitney Houston and Kevin Costner, the musical of The Bodyguard was nominated for four Laurence Olivier Awards including Best New Musical and Best Set Design and won Best New Musical at the Whatsonstage Awards. 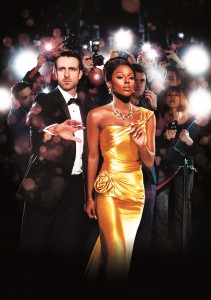 Former Secret Service agent turned bodyguard, Frank Farmer, is hired to protect superstar Rachel Marron from an unknown stalker. Each expects to be in charge; what they don’t expect is to fall in love. A romantic thriller, The Bodyguard features a host of irresistible classics including Queen of the Night, So Emotional, One Moment in Time, Saving All My Love, I’m Your Baby Tonight, Run to You, I Have Nothing, I Wanna Dance with Somebody and one of the biggest selling songs of all time – I Will Always Love You. 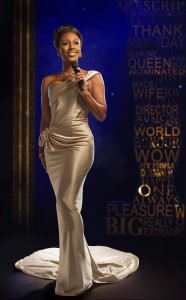 Alexandra Burke rose to fame after winning the fifth series of The X Factor. Her debut number one single Hallelujah sold over one million copies in the UK, a first for a British female soloist.  In 2011 she embarked on her first solo tour and was invited by Beyoncé to support her I Am… Tour. Her second album, Heartbreak on Hold, was released in June 2012. Stuart Reid appeared in the West End production of The Bodyguard at the Adelphi Theatre. His other theatre credits include the international tour of Mamma Mia! and the UK tours of Grease and Guys and Dolls.

The Bodyguard is at Milton Keynes Theatre from 12th – 23rd April

What a brilliant production this is! From its very lively start through many very clever set changes & special effects, sixteen great Whitney Houston songs, some very fine singing and dancing and its a thriller of some quality!

You can forget Alexandra Burke XFactor Winner and replace that from now on with Alexandra Burke STAR! She carried us through the show assisted by a very talented supporting cast (loved the voice of Rachel John who plays Alexandra’s sister in the show) and a tight and witty script. Quite a performer is Alexandra, we were watching her as Rachel Marron, never once did my mind stray to Whitney Houston’s portrayal. The whole house was on its feet long before the end of the finale!

The Bodyguard is at Milton Keynes Theatre until 23rd April – make sure you don’t miss this theatrical treat!