The wait is over! Direct from the West End and larger than life, SHREK THE MUSICAL is now on sale at Milton Keynes Theatre! 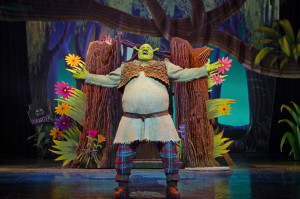 Based on the award-winning DreamWorks animation film, SHREK THE MUSICAL is a must-see show for all the family and arrives at Milton Keynes Theatre for a strictly limited run of just 3 weeks from Tue 18 Aug – Sun 6 Sep 2015.

Join our unlikely hero and his loyal steed Donkey as they embark on a quest to rescue the beautiful (if slightly temperamental) Princess Fiona from a fire breathing, love-sick dragon. Add the diminutive Lord Farquaad, a gang of fairytale misfits, and a biscuit with attitude, and you’ve got the biggest, brightest musical comedy around!

Featuring all new songs as well as cult Shrek anthem I’m a Believer, SHREK THE MUSICAL brings all the much-loved DreamWorks characters to life, live on stage, in an all-singing, all-dancing extravaganza. Join the adventure. 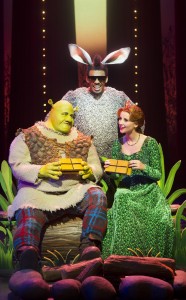 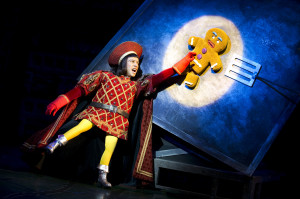 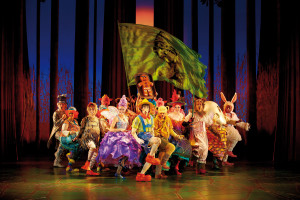 The UK & Ireland tour of SHREK THE MUSICAL is directed by Nigel Harman who starred as Lord Farquaad in the West End production, winning him the 2012 Laurence Olivier Award for Best Performance in a Supporting Role in a Musical..

SHREK THE MUSICAL, is based on the story and characters from William Steig’s book Shrek! and the Academy Award®-winning DreamWorks Animations feature film. 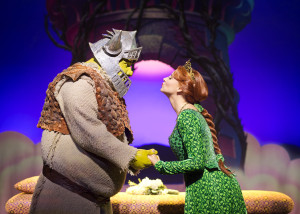 Join the adventure! Tickets are now on sale now in time for August/September 2015 at The Milton Keynes Theatre.