‘Crazy For You’ tells the story of Bobby Child a New Yorker Banker who dreams of dancing on stage. Sent by the Bank to the town of Deadrock in Nevada, Bobby falls in love with the only girl in town Polly Baker who just so happens to own and love the very theatre Bobby is sent to foreclose on. In a desperate attempt to win the girl of his dreams Bobby dresses up as the famous Director Bela Zangler and along with his Showgirl friends from Zangler’s company and the local Cowboys who might have two left feet but can sing, Bobby attempts to put on a show so successful that it will save the theatre and make Polly fall in love with him all over again. 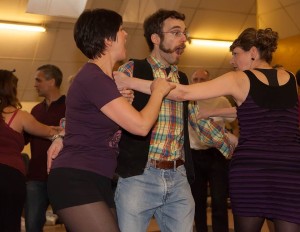 All of which would be simple if he didn’t also have to deal with his fiancé Irene Roth, his Mother, Lank Hawkins the town bully/local entrepreneur and a couple of ladies from England in town to write a travel book. 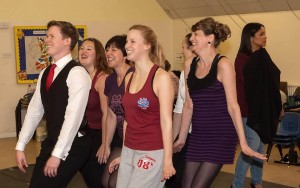 This Gershwin musical has many songs you will know such as ‘Someone To Watch Over Me’, ‘I Got Rhythm’, ‘They Can’t Take That Away From Me’ and many more.