Take one look at the impressive cast list of Oscar Wilde’s most perfect comedy of manners and you might pause to wonder.
Nigel Havers, Martin Jarvis, Sian Phillips, Christine Kavanagh, Rosalind Ayres, Carmen du Sautoy and David Shaw-Parker – all hugely experienced and talented actors – but aren’t they all a little, umm… old for the parts? 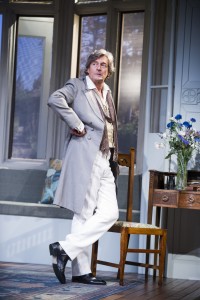 Yes, and that’s the point. This is The Importance of Being Earnest as you’ve never seen it before. Performed by The Bunbury Company of Players – for the umpteenth time – it has all of Wilde’s sublimely funny dialogue with a really entertaining twist to the plot. 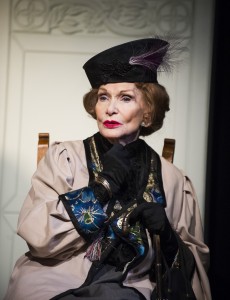 This West End production, dubbed by Wilde ‘a trivial comedy for serious people’, is entirely faithful to the script – with a few intriguing additions from leading thriller writer and comic novelist Simon Brett.
Directed by Lucy Bailey, whose credits include directing major plays at both the RSC and National Theatre, and designed by Olivier Award winner, William Dudley, the production was warmly received in the West End last year and now launches the new autumn season at Milton Keynes Theatre.
Nigel Havers, said: “This production is very close to my heart and we had a ball doing it in the West End last summer. I’m thrilled we get to do it all again and hope audiences in Milton Keynes will laugh and enjoy watching our twist on Oscar’s brilliant play as much as we enjoy performing it.”
They’ll certainly be talking about it.
And, as Oscar Wilde said: “There is only one thing in life worse than being talked about, and that is not being talked about.”