Magdalen College School returns to Oxford Playhouse with the premiere of a musical re-telling of the popular novel Lord of the Flies, from 5th to 7th July. 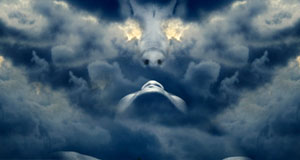 A plane crashes on an uninhabited island leaving a group of school boys as the only survivors. With no parents and no rules to obey the boys’ delicate sense of order soon begins to collapse.

In the summer of 1953, William Golding submitted to his publishers a book ‘about children on an island, children who behave in the way children really would behave’. Sixty years later, Magdalen College School Theatre Academy presents a new adaptation of Nobel Prize-winning author Golding’s iconic novel. This production is the first spoken version to include music and, in particular, song to tell the story.

Lord of the Flies sees the Academy work with writer and director Joanne Pearce, composer Shaun Davey and Adrian Noble, who co-directs, to produce a thrilling take on this classic story.

This event is part of the MSC Arts Festival 2013.