Murder in Play by Simon Brett at the Gordon Craig Theatre, 14th –18th  May.

Murder in Play is a unique comedy thriller which will entertain the audience with its wickedly clever mix of eccentric characters, complex plot twists and gentle humour. 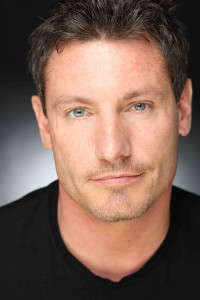 The production stars Dean Gaffney, (Robbie Jackson in EastEnders), Gemma Bissix, ( the villainous Clare Devine in Hollyoaks)  and Katy Manning, (the iconic Doctor Who assistant Jo Grant), They are joined by David Callister and Richard Tate.

The dress rehearsal of Boris Smolensky’s production, “Murder at Priorswell Manor,” is not going well. The actors are more interested in their egos than the play, the props seem to have a life of their own, and the director has personal problems!

Suddenly fiction becomes reality when Boris’s wife, Renee is murdered on stage. Who is the murderer? Was it Ginette, Boris’s pretty but not exactly clever mistress? Was it Renee’s acting rival and former TV soap star, Christa? Or was it Boris himself?

Mixing the intrigue of an Agatha Christie together with hilarious characters and a sophisticated story-line makes Murder in Play a great evening out for all ages.

Murder in Play is at The Gordon Craig Theatre from 14th-18th May.