Coppelia performed by the Moscow Ballet – La Classique at the Grove Theatre,  on 23rd February

Over the past fifteen years, Moscow Ballet – La Classique have deservedly gained vast international acclaim and have thrilled ballet lovers throughout the world with hugely successful world tours.

Coppelia is a classical ballet originally choreographed by Arthur Saint-Léon for the Paris Opéra to a libretto in which he collaborated with Charles Nuitter, and set to music by Léo Delibes. It is regarded as one of the jewels of classical ballet and represents one of its true comedies.

Coppelia is a love story infused with charm and comedy; there’s an eccentric old toymaker, Doctor Coppélius, the feisty Swanilda, her fiancé Franz and the amazingly life-like doll, Coppélia, together with a supporting cast of youthful, mischievous characters. 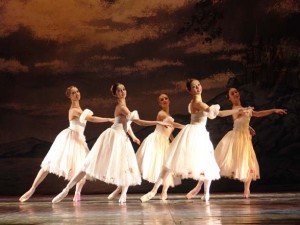