Sleeping Beauty, Aylesbury Waterside Theatre to 5 January
Read – and hear – all about it! 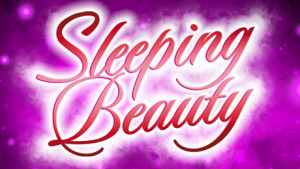 If you’re after glitz and glamour, this is definitely the panto for you! Gorgeous sets and costumes and spectacular effects – the best kept till last with a dragon every bit as scary as The Hobbit’s Smaug. But the delightful thing about this real beauty of a panto is that director David Siebert never allows the terrific talent of his cast to be overshadowed by all the spectacle and special effects.

Led by Anita Dobson as a gorgeously sexy evil fairy, revelling in every evil moment and with a huge stage presence, everyone on stage seems to be having a great time and this infectious fun just spills into the audience. And there’s some great music, singing and dancing too, courtesy of choreographer Aaron Renfree and Musical Director Mark Crossland, Musical Supervisor Steve Power, Dan Hall on bass guitar and Liam Waugh on drums.

You might have thought it would be hard to come up with a fresh version of the famous fairy story, but writer Eric Potts has done just that, crediting Princess Beauty’s kindly parents (David Whitworth’s dim-witted but lovable King and Linda Bardell’s sharper- witted, genuinely motherly Queen) with real charitable conscience as they adopt a workhouse baby to bring up alongside their daughter. Cue Andy Collins as the rumbustious baby who will grow up into the brilliantly funny Chester the Jester, the audience’s friend – but not before he and Beauty go to school together and prove to be the tiny terrors of the classroom! This is just one scene in which the juveniles from local weekend stage school The Musical Kidz Company get to play a vital part and they play all their scenes with happy – and skilful – enthusiasm. On press night it was the Blue Team, three of whom you can hear talking to me below, but I’m sure the Red team are just as smashing!

Holly Brewer is just about perfect as Beauty, a gorgeous blonde who lives up to her name, though no milksop she, as she plays up to her long suffering nurse Molly Coddle (a great, hugely audience-pleasing Dame turn from Graham Kent in a range of astonishing costumes!). And she is perfectly matched by surely one of the handsomest, blondest Princes gracing the panto stage this season, all the way from the country that gave us The Killing and Borgen – Denmark’s finest, Christian Lund! Frankie Armitage is a pretty and resourceful Lilac Fairy and joins Leslie Garcia Bowman, the appropriately named Gemma Buckingham, Ben Gillett, Naoimh Morgan and Helen Penn, to complete as sparky a set of villagers as you could hope for.

Potts has also given careful thought to the (admittedly fantasy!) mechanics of sleeping for one hundred years, and come up with some lovely solutions as to what happens to Molly Coddle and Chester – and indeed the Prince, who here gets to meet and fall in love with Beauty before she pricks her finger, only to be imprisoned by … but that would be spoiling some lovely storytelling – go see for yourself!

To hear three members of the Blue Team, their chaperone Vickie, Alison from Waterside Theatre  – and Andy Collins, aka Chester the Jester, Christian Lund aka the Prince and Holly Brewer aka Beauty herself – click here: