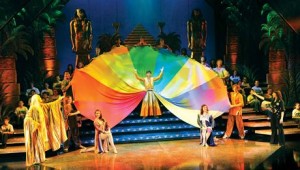 Having garnered sensational reviews and standing ovations at every performance since its inception almost 35 years ago, Bill Kenwright’s  production of this sparkling family musical has now sold an estimated 20 million tickets.

This vibrant retelling of the biblical story about Joseph, his eleven brothers and the coat of many colours sings out to young and old alike with a score which is crammed wall to wall with hits, including Jacob and Sons, Close Every Door and Any Dream Will Do. 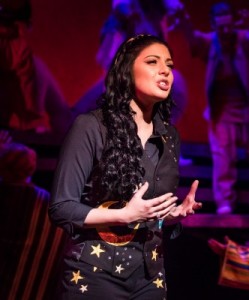 Lucy Kay scored her first number one album in 2014, after her stunning debut album ‘Fantasia’ shot straight to the top of the Classical Album Chart. The singer, originally from Leicestershire, shot to fame and captured the country’s hearts as runner up on ‘Britain’s Got Talent’ in 2014.

Following her success on the show, Lucy also recorded the song ‘Flower of Scotland’ with the band of Her Majesty’s Royal Marines to celebrate the 350th anniversary of the Royal Navy. Lucy was also a special guest on Andrea Bocelli’s 2014 tour. 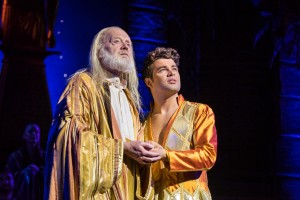 Joe McElderry was just 18 when won the sixth series of ‘The X Factor’  beating off fierce competition from Olly Murs and Stacey Solomon. Joe then soared to number one on the UK Singles Charts with his rendition of Miley Cyrus’s The Climb and his debut album Wide Awake went straight in at number 3 on the UK Albums Chart. He has since gone on to have two more top ten albums, and he became the first X Factor star to release four albums. Apart from his very successful tours, Joe has won “Pop Star to Opera Star” on BBC2 and “Jump” for Channel 4

Those of us who have seen various editions of the Bill Kenwright production of Joseph and his Amazing Technicolor Dreamcoat are by now quite used to inflatable sheep that don’t (inflate that is), jokey bits that don’t quite hit the mark and the cardboard Sphinx with a sliding mouth. But this latest tour is a real sparkler! Joe McElderrry is without doubt the best Joseph I have seen including the West End Production a few years ago. His onstage presence and energy are only matched by his fine vocal performance. He is the worthy star of this show.

Lucy Kay’s singing talent is also first rate. She commands the stage well as the narrator and re-acts with the children in the cast well.

This is as good a production as you’re likely to see, perfect for the younger members of the family with a story they probably already know and can follow. The show closed with the usual standing ovation, not just from the young ones or McElderry fans, but all ages were on their feet clapping along and singing the finale routine with Joe and company.