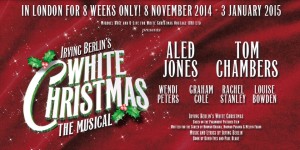 Irving Berlin’s WHITE CHRISTMAS tells the story of two ex-army pals as they team up with a pair of sisters to put on a show to save a remote Vermont ski lodge that’s fallen on hard times. A little mischief, a few misunderstandings and a whole lot of romance are the perfect excuse for a magical evening of laughter, tears, breathtaking dance numbers and some of the greatest songs ever written, including Sisters, Blue Skies and, of course, the legendary White Christmas.

The stunning cast includes Aled Jones known for his Radio & Television work, but has also had great success playing Caractacus Potts in Chitty Chitty Bang Bang in Cardiff, Joseph in Joseph and the Amazing Technicolor Dreamcoat in Blackpool, as well as the part he’s playing in White Christmas at the Dominion, Bob Wallace 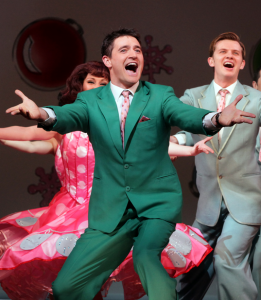 Tom Chambers nominated for an Olivier Award whilst playing Jerry Travers in Top Hat at the Aldwych Theatre. Tom will be playing Phil Davis. 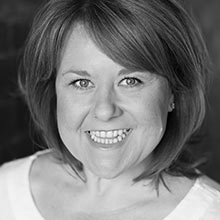 Wendi Peters, still perhaps best known for her role as Cilla Battersby Brown in Coronation Street, although Wendi has a string of theatre credits to her name including Vagina Monologues, Grease, Guys & Dolls and the National Tour of Hello Dolly. 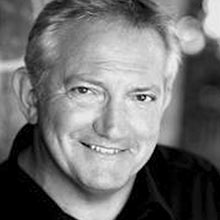 Graham Cole has made very many television appearances, but most well-known for playing the part of PC Tony Stamp in the long running show The Bill.  His long list of theatre work includes Pygmallion,  Calamity Jane, Jesus Christ Superstar and Abigail’s Party. Graham is pleased to be once more playing General Waverley – the character he had great success with last year at The Festival Theatre, Edinburgh. 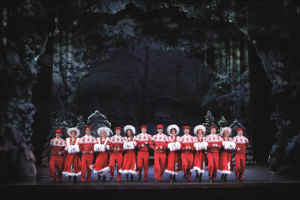 Based on the Paramount Pictures film, White Christmas boasts “Live Orchestra, Wonderful Chorus, Lavish Scenery and Stylish Costumes”. I ask you, what more could you wish for on a Christmas treat?

White Christmas is at The Dominion Theatre, London from 8th November until 3rd January.