The weather might be turning colder, but our local Theatres are offering a programme well worth braving the elements for!

Milton Keynes Theatre kicks off in grand style in January with the welcome return of Matthew Bourne’s Sleeping Beauty. 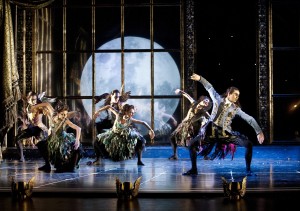 It received a standing ovation each night last time this production came to Milton Keynes. Malcolm Singer described it in his review* in these pages as “perfect” – quite something coming from Malcolm who’s not known to give undeserved praise!

Following hot on the heels of the Matthew Bourne extravaganza from 1st February is an week of outrageously camp humour in the shape of Prescilla Queen of the Desert, starring Jason Donovan. 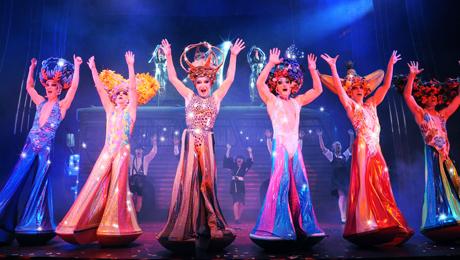 Outrageous it may be, but you’re guaranteed an evening of great music, and laughs galore!

Possibly David Walliams‘ most popular book Gangsta Granny has been adapted for the stage by the Birmingham Stage Company who are known previously for “Horrible Histories”.  The story of Ben and his fascinating, if naughty Granny comes to the Milton Keynes Theatre for two shows each day from 9th-13th February. The show is suitable for all from 5yrs upwards.

The master of psychological illusion Derren Brown is back with his new show Miracle from 15th – 20th February. The Times said “the Brilliance of this master magician is no illusion”, he has been awarded two Olivier Awards and his last show “Infamous” was loved by packed houses across the globe! 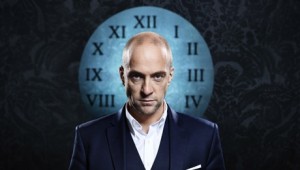 He is just wonderful at getting you to believe you are two steps ahead of him, then in a twist proves that you are in fact ten steps behind him! A wonderful evening of thought provoking, thoroughly entertaining magic! You’ll need to book well in advance for this one!

Seeing February out will be the J.B. Priestley play that has won more awards than any other play in history “An Inspector Calls”.  The National Theatre’s production of this classic thriller has been internationally acclaimed: the Daily Telegraph said ” Superbly tense, breathtaking daring & faultless execution”. An Inspector Calls is at Milton Keynes Theatre from 23rd-27th February with evening & several matinee performances.

When it last visited this area, I found the Olivier Award winning Chichester Festival production of Michelle Magorian’s Goodnight Mr Tom the most enchanting night at the theatre. This uplifting tale of a young evacuee sent to the English countryside made me comment last time:  “This is perfectly suitable for all members of the family, say 8yrs old and upwards – but be warned, you might well need a box of tissues!”  Godnight Mr Tom is back at The Milton Keynes Theatre from 1st-5th March with evening performances and several matinees.

Actor John Partridge swaps theatre and character but stays in this area as he comes to the Milton Keynes Theatre with Chicago the Musical. Recently, he scored a big success as the Prince in Cinderella at The Royal & Derngate and he’ll find playing Billy Finn in Chicago (MK Theatre 14-19th March) a very different kettle of fish! This sexy and most sensational musical also has Sam Bailey as Matron ‘Mama’ Morton.

We are told that with a nightclub singer, a double murderess, a smooth talking lawyer and a cell block of sin, it would be a crime to miss it! I agree wholeheartedly with the publicity team on this! Please note, Sam Bailey will not be performing on the 19th March.

Opera lovers have a treat in store at the end of March, The Welsh National Opera come to Milton Keynes Theatre with The Barber of Seville, The Marriage of Figaro and Figaro Gets a Divorce on successive nights from 29th – 31st March.

Two huge hits in the way of modern musicals come to Milton Keynes to welcome Spring at the beginning of April.

Hairspray the Musical from the 4th – 9th April

and The Bodyguard starring Alexandra Burke as Rachel Marron.

Unusually for a musical The Bodyguard is a Romantic Thriller and it features many of the late Whitney Houston’s hits. This was a huge success in the West End so my advice is to book early, but please check which of the performances Alexandra Burke is appearing in. (possibly not the matinees)