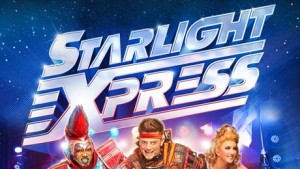 Starlight Express opened at the Apollo Victoria in London’s West End in 1984 where it ran for over 7000 performances, it is one of the most successful musicals ever.

This futuristic tale about love and hope in the face of adversity promises to take you on the ride of a lifetime – with two hours of speed, spectacle, energy, daredevil stunts and turbo charged excitement, combined with an electrifying sound track, dazzling sets and costumes, extraordinary roller-choreography and some of Andrew Lloyd Webber’s most memorable musical hits.

Internationally renowned choreographer and popular television judge Arlene Phillips is back on board as Director and Choreographer. Arlene choreographed the original West End production and directed and choreographed several subsequent productions of the show.  Her extensive credits also include The Wizard of Oz, Saturday Night Fever, The Sound of Music, Grease, We Will Rock You and Jesus Christ Superstar.

Getting their skates back on for the UK Tour will be Mykal Rand, who joined the cast of Starlight Express in 1987 and has since performed in over six different productions of the show spanning an incredible eighteen years. As well as playing the role of Electra, Mykal is also Associate Director/Choreographer and Resident Director for the tour. Joining him on stage will be Kristofer Harding as Rusty (Starlight Express 2007 UK Tour), Jamie Capewell as Greaseball (Starlight Express; West End, UK Tour & Bochum) Lothair Eaton as Poppa (Starlight Express Las Vegas, Bochum and New Zealand totaling over 2,500 performances to date), Amanda Coutts as Pearl (Starlight Express, Bochum) and Ruthie Stephens as Dinah (Starlight Express UK Tour 2004 – 2008).

Starlight Express will put on its skates and race to its destination, Milton Keynes Theatre 24 Apr – 04 May. 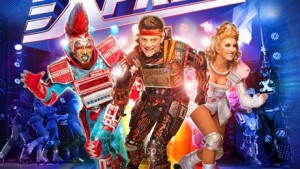