Due to phenomenal demand, the Gordon Craig Theatre has announced an additional performance of Postman Pat Live – It’s Showtime! on Sunday 2nd March at 3.30pm. 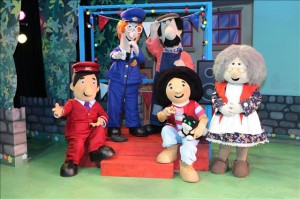 Almost everyone aged from 3 to 99 knows who Postman Pat is – he has the longest running animated series in the country, first airing in 1981 on the BBC and in 2014 he is set to become a huge movie star, with the release of his first feature film that includes the voice talents of David Tennant and Rupert Grint!

In Postman Pat Live it’s the day of the Great Greendale Talent Show and there’s much excitement as this year a top talent scout will be on the lookout for a rising star. Postman Pat has a new karaoke machine to deliver for the show – but when the machine breaks down it looks like the talent show might be in jeopardy.  Can Pat save the day? 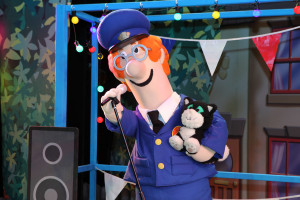 Starring alongside Postman Pat will be favourites Ted Glen, Mrs Goggins, Ajay, Amy and of course Pat’s trusted sidekick Jess, the Black and White Cat. With plenty of audience participation and new songs, together with brand new scenery and costumes, Postman Pat Live! – It’s Showtime offers lots of fun and excitement for the whole family.