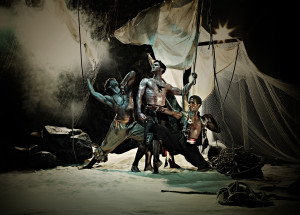 English National Ballet’s Artistic Director Tamara Rojo said: “Le Corsaire is one of the great classics created by Marius Petipa for the Mariinsky Theatre. Like all great Russian classics it is a true epic story that offers drama, an exotic landscape and the best pyrotechnics of the classic technique. It’s a men’s ballet, with heroic and passionate characters and with the famous pas de deux that made a legend of Nureyev when he first performed in England with Dame Margot Fonteyn. This is a unique and unmissable opportunity as it has never before been performed by a British company. We are working with Anna-Marie Holmes who created this version more than a decade ago and she is willing to change it to make it specific for us. In reinventing Le Corsaire we have the chance to go through the whole narrative and look at it with fresh eyes, making it even better and personal to the Company” 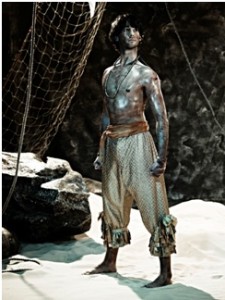 “I am excited that this is a ballet with four male principal roles. Unlike many of the classics it will give great opportunities to the men in the Company to show off their skills and athleticism.

I am thrilled that Bob Ringwood, the amazing designer of Batman, has agreed to design the sets and the costumes.”

Le Corsaire is based on Lord Byron’s poem Corsaire and tells the story of Conrad, a dashing pirate, and his love for Medora, the beautiful harem girl. It is a swashbuckling drama of captive maidens, rich sultans, kidnap and rescue, disguise and conspiracy, love and betrayal, culminating in a shipwreck which is one of the most breath-taking spectacles in ballet.