Finally! The show we’ve been following since it had no cast let alone a director! And here’s the trailer for the show:

Happy Days: A New Musical is written by Garry Marshall, the legendary creator of the television series. Garry is also the director of many world-wide smash-hit films including Pretty Woman, Beaches and The Princess Diaries 1&2. It includes 21 original songs by Oscar, Grammy and Golden Globe award-winning Hall of Fame Songwriter, Paul Williams (Bugsy Malone, Evergreen, Rainy Days and Mondays). The show also contains the much-loved Happy Days theme song from the TV show.

Henry Winkler, the original Fonz from the television series will serve as Creative Consultant, working alongside the director in creating the Happy Days world of 1959 America and guiding the cast in creating their ever so familiar characters, especially that of The Fonz. 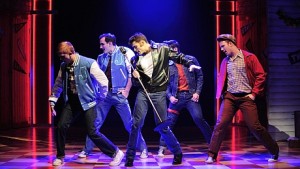 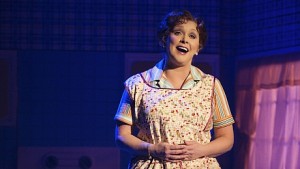 Happy Days: A New Musical is a hilarious feel-good musical that is guaranteed to have you rocking’ and rollin’ all week long! This is a show that truly deserves our support! The project of Emma Harrold who did it without the Lloyd Webber millions, just because she believes in the show! 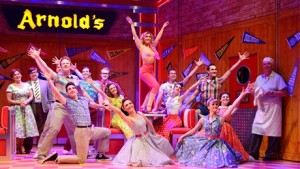