‘ELVIS – THE ULTIMATE PERFORMANCE’ is coming to the Swan Theatre, High Wycombe – on Friday 31st May! 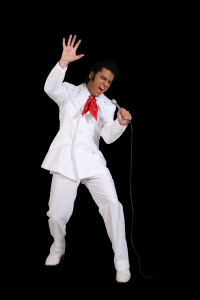 Elvis, as channelled by Chris Connor, has never looked or sounded better. “Chris Connor is to me the closest thing to the King I’ve ever heard and ever seen in my life. I’m in shock, it’s simply amazing….”   Martin Fontaine (Performer in the Elvis Story, Montreal, Canada.) Chris Connor’s hugely successful show, Elvis the Ultimate Performance, kicks off again after a successful London Palladium Debut. Due to its popularity, theatre and promoters around the world are regularly requesting the show.

The tour is currently playing throughout the UK, and then moves on to Lebanon, Memphis and Canada.

. Nobody does Elvis Presley better than Chris Connor. His voice, his moves, his style, even his looks – Chris has made the great man his own. As one journalist put it “You’d swear you were watching the original.” But then Chris has had years of hugely successful experience. For years he played ELVIS in the hit show Legends in Blackpool, he’s toured throughout the UK, Europe, Australia and America and he’s appeared regularly on TV and Radio. In addition there’ve been two solo tours.  Now Chris Connor takes to the road with a brand new show, ELVIS the Ultimate Performance. Possibly two of the most famous and hard ‘Rockin’ live performances ELVIS ever made, two legendary shows captured for posterity on film.  Elvis’ first live performance in 10 years, the ‘1968 Comeback Special’ and the first ever, satellite broadcast of a pop concert in 1973 ‘Aloha from Hawaii’. The ‘68 Comeback Special staged in the ultra relaxed round of the NBC studio, Hollywood, Las Angeles, and the Aloha is set on the high energy stage at Honolulu International Center, Hawaii. 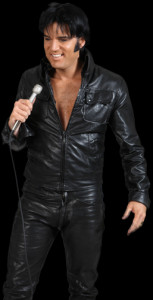 ELVIS the Ultimate Performance is powered by a full orchestra emulating the famous ELVIS sound. These two live performances of ELVIS were magical, even causing ELVIS to say “they were the most exciting engagement I’ve ever done in my life”. The show highlights all the different guises ELVIS had at his disposal and features some of his best loved hits such as Burning Love, Blue Suede Shoes and Suspicious Minds some of his most famous ballads like Love Me Tender, Can’t Help Falling in Love and Are you Lonesome tonight

Having made a career playing Elvis, Chris nails the phrasing, timing and tone with utter confidence every night”. He really does sound and look like Elvis Presley. The musicians in Barisons Orchestra are amongst the UK’s finest West End and session musicians.  They have studied the transcribed music played by Elvis’ original musicians so that even the hardest of fans will find it difficult to tell the difference.

‘ELVIS – THE ULTIMATE PERFORMANCE’ at the Wycombe Swan  on Friday 31st May.