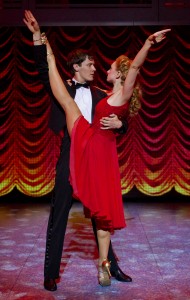 The producers of the smash hit show Dirty Dancing – The Classic Story on Stage are delighted to announce that the show will once again set pulses racing at the Milton Keynes Theatre when it returns in October 2014 as part of a brand new tour of the UK.

Since opening in September 2011, the first ever UK tour has wowed audiences across the country, breaking box office records and playing to standing ovations and 5 star reviews.

Over five million people worldwide have now seen this sensational production, with the London show alone having been seen by over one million audience members. Having opened in London in 2006, Dirty Dancing – The Classic Story On Stage was sold out six months in advance. The show played for five triumphant years at the Aldwych Theatre, breaking all box office records with advance ticket sales of over £15 million, which made it the fastest ever selling West End show. 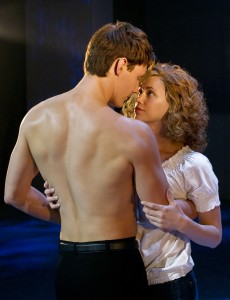 Tickets for the new tour go on sale to the public on Monday 11 Feb and are available from Milton Keynes Theatre Box Office, 0844 871 7652 (bkg fee), www.atgtickets.com/miltonkeynes