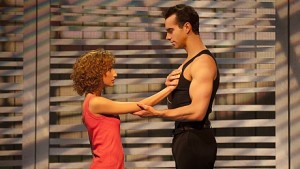 Following its phenomenal run in 2012, the record breaking sensation Dirty Dancing – The Classic Story on Stage will once again set pulses racing when it returns to Milton Keynes Theatre 21 Oct – 08 Nov.

Since opening in September 2011, the first ever UK tour has wowed audiences across the country, breaking box office records and playing to standing ovations and 5 star reviews.

Producer Karl Sydow said, “We are so pleased to be returning to Milton Keynes where the record-breaking first ever national tour wowed the public in May 2012. The unique combination of Eleanor Bergstein’s iconic story and the breathtaking dancing for which the show is renowned has proven so popular around the country that we are really looking forward to allowing audiences to relive this iconic story live on stage.”

The tantalising dance sequences and brand new choreography come alive on stage, set to all the hits from the unforgettable soundtrack, including ‘Do You Love Me?’, ‘Hungry Eyes’ and the Academy Award Winning ‘(I’ve Had) The Time Of My Life’, plus many additional songs, making the show a truly extraordinary live experience.

Gareth Bailey will star as Johnny Castle, one of the most iconic roles in popular culture. Gareth started his Dirty Dancing journey in the first UK tour where he played Robbie. He then went on to  play Johnny Castle in South Africa as part of the international tour of Dirty Dancing, prior to joining the West End company at the Piccadilly Theatre. Other credits include Brother Love’s Travelling Salvation Show (UK tour); Starlight Express (Germany); Snow White and the Seven Dwarfs (Theatre Royal Plymouth) and Cinderella (Cliffs Pavilion).

Roseanna Frascona will be carrying the watermelon as idealistic Baby Houseman, who discovers love and life in the summer she will never forget. Roseanna’s credits include At First Sight (UK tour); The Taming of the Shrew (international tour); Murder in the Cathedral (Oxford Playhouse) and Antigone (Southwark Playhouse). 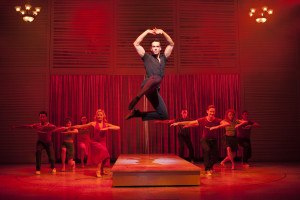 Over five million people worldwide have now seen this sensational production, with the London show alone having been seen by over one million audience members. Having opened in London in 2006, Dirty Dancing – The Classic Story On Stage was sold out six months in advance. The show played for five triumphant years at the Aldwych Theatre, breaking all box office records with advance ticket sales of over £15 million, which made it the fastest ever selling West End show. 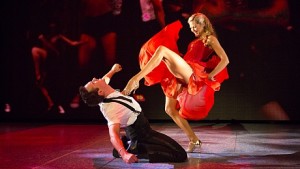