The 2nd of First Family’s pantomimes in this area that I managed to get to see was Dick Whittington at Milton Keynes Theatre. The first thing you notice are the spectacular sets fast becoming a trede mark of First Family Entertainment’s shows. I was also very pleased to see that this production used a live band, such a bonus these days! 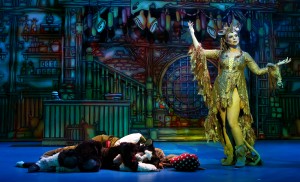 Samantha Womack headed the cast as a very sexy and equally evil Queen Rat – with quite some singing voice!

Stacy Solomon has recently been attacked by the press for using a clipboard onstage – all I can say is that by press night (very early in the run) she not only knew every word, but sang like an angel and the audience as ever loved her! 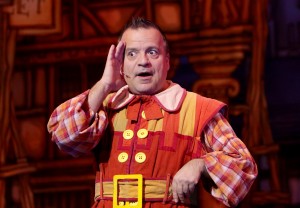 Kev Orkian was a perfect Idle Jack. Kev is becomming a regular favourite at MK and is always welcomed by the audiences for his amazing comedy. The best compliment I can play Idle Jack is that he was quite as good as Kev Orkian! One of my favourite panto performers ever. 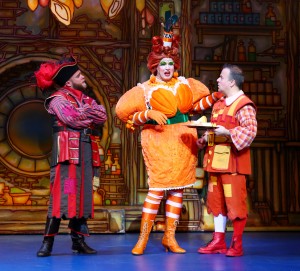 The whole cast is very strong and special mention I think should go to young dancer Sophie Hart who played Tommy the Cat. A part that can be played clumsily or overacted, but I hasten to say that Sophie got it exactly right and I’m sure most of the young audience firmly believed that Tommy was a real moggy!

My only criticism is that the sound is very good, but very, very loud – my ears were ringing for a while afterwards!

All in all a great panto with great special effects including an underwater scene with Dick & the cat and a really good 3d filmed sequence. Get to MK to see this if you can get a ticket!

Dick Whittington is at Milton Keynes Theatre until 15th January 2017