Deathtrap by Ira Levin at The Grove Theatre, Dunstable on 28th & 29th June

Clifford, an unknown playwright, has sent a copy of his latest play to Sidney for his comments and feedback. So impressed is Sidney that he persuades his wife Myra to help him plagiarise the play.

The plan appears to be foolproof, but when Clifford arrives at the house, events take an unexpected and sinister turn… 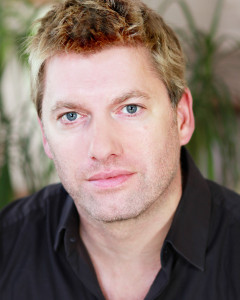 This Talking Scarlet  production of Deathtrap stars Stephen Beckett, best known for his roles in ITV’s The Bill and Coronation Street, as Sidney Bruhl, Jo Castleton as his wife Myra and Griffin Stevens as Clifford Anderson, supported by Claire Vousden and John Hester.

First performed in 1978, Deathtrap was nominated for four Tony Awards including Best Play. It ran on Broadway for over four years with a total of 1793 performances, making it the longest running comedy-thriller in Broadway history.