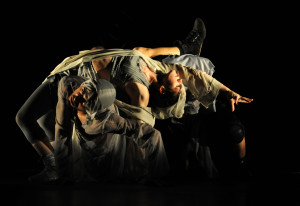 In the past 18 years, Compagnie Käfig has given over 2,300 performances in 650 cities and 61 countries for more than 1 million people.  However, they rarely perform in the UK, and this rare and special visit is by the kind invitation of Dance Consortium. 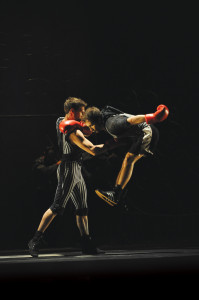 With choreography by Artistic Director Mourad Merzouki, Boxe Boxe brings the brutality and elegance of both Boxing and Dance where the contrasting worlds collide in a spine-tingling show which packs a knock-out punch.

Merzouki explains: “…each aspect of boxing has an equivalent in choreography: the ring and the stage, the gong and the curtain going up, the referee and the eagle-eyed critics – for me there are all kinds of similarities.  So there’s a mix – the excitement of combat and fear of the spectators: the gut fear of getting badly knocked about, of taking a licking, together with that great feeling of abandoning yourself, of achieving absolute fulfilment in that magic moment on stage or in the ring.”

Mourad Merzouki, who founded Compagnie Käfig in 1996, began practicing martial arts and circus arts when only seven years old. At the age of fifteen, he encountered hip-hop culture for the first time and through it, he discovered dance. He quickly decided to develop this form of street art while also experimenting with other choreographic styles.  Käfig means ‘cage’ in Arabic and German.

In June 2009, Mourad Merzouki was appointed director of the Centre chorégraphique National de Créteil et du Val-de-Marne. He continues to develop his projects there. 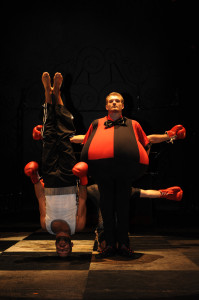 Eight exceptional dancers blend martial arts, street and contemporary dance to create a spirited and stunning fusion of hip-hop and fisticuffs. Boxe Boxe draws on the rich pageantry and theatricality of boxing where bright red gloves effortlessly morph into puppets and punch balls explode like featherweight balloons.  The choreography combines humour, melancholy and romance.  The dancers move in perfect unison to live music from the Debussy String who perform on stage alongside the dancers, with beautifully rendered music including Schubert, Ravel, Philip Glass and Glenn Miller.

Boxe Boxe is at the Milton Keynes Theatre on 25th & 26th March only.