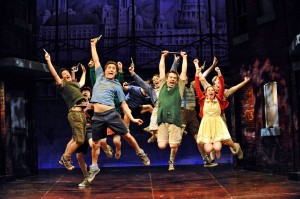 Written by Willy Russell, the legendary Blood Brothers tells the captivating and moving tale of twins who, separated at birth, grow up on opposite sides of the tracks, only to be reunited by a twist of fate and a mother’s haunting secret. The superb score includes Bright New Day, Marilyn Monroe and the emotionally charged hit Tell Me It’s Not True. This production features Maureen Nolan in the central role of Mrs Johnstone. 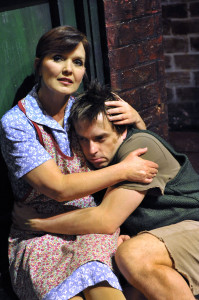 Willy Russell is undeniably one of the country’s leading dramatists. His countless credits include Educating Rita that enjoyed a two year run in the West End and was made into the successful movie starring Michael Caine and Julie Walters and Shirley Valentine also made the move from stage to screen starring Pauline Collins and Tom Conti.

Few musicals have received quite such acclaim as Blood Brothers and Bill Kenwright’s production surpassed 10,000 performances in London’s West End and is warmly welcomed back to the Northampton stage. Blood Brothers has affectionately been christened the Standing Ovation Musical, as it brings so many audiences to their feet.

Hailed as one of the best musicals of all time, Blood Brothers has scooped four awards for best musical in London and seven Tony Award nominations on Broadway.

Blood Brothers at the Royal & Derngate from 24th – to 29th March