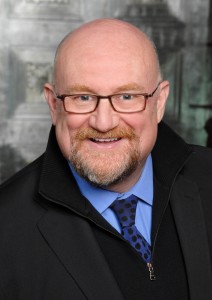 Panter said: “I am absolutely delighted to have been recognised in the Queen’s Birthday Honours List and humbled to receive this prestigious award.”

“It a source of great pride that Britain continues to recognise those within our world-renowned creative industries, and in particular in theatre.”

Panter has been a key figure in theatre for more than 40 years. Alongside his wife and business partner, Rosemary Squire OBE, Panter has topped The Stage 100 four times consecutively, from 2010 to 2013.

Under Panter’s leadership, ATG has become the UK’s leading Theatre Group and one of the most prolific theatre producers in the world with co-productions in London, New York, across North America, Europe, Asia and Australia.

As Creative Director of ATG Productions, Panter has produced and co-produced musicals, dance and drama. He has been responsible for producing of some of the brightest lights from film and television in the theatrical world, from Damian Lewis, to Simon Callow, to Keira Knightley, to Ewan McGregor. As well as commissioning many writers. Some first time to the theatre, including Peter Ackroyd and Jonathan Bate.

Since the pair founded ATG in 1992, the company has grown from nothing to be the UK’s largest theatre group with a total of 39 venues in Britain, and one in the US with 4000 employees. The company recently acquired The Foxwoods Theatre, the largest theatre on Broadway and is now further expanding its portfolio overseas in key international territories including North America, Australia and Asia Pacific.