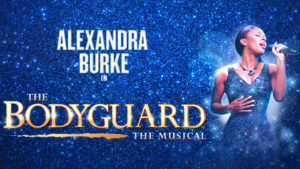 Milton Keynes Theatre is delighted that Alexandra Burke has returned to the starring role of ‘Rachel Marron’ in the international smash hit production of the award-winning musical THE BODYGUARD.

Since winning the fifth series of The X Factor in 2008 Alexandra Burke has sold more than one million copies of her debut single, Hallelujah, in the UK, played leading roles in the West End and, in 2017, reached the final of Strictly Come Dancing. Alexandra returns to the role of ‘Rachel Marron’ following her triumphant run in the show in the West End and the subsequent sell out 2015/2016 tour. 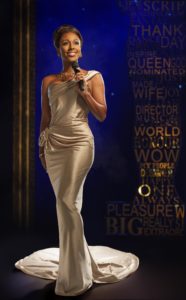 Based on Lawrence Kasdan’s 1992 Oscar nominated Warner Bros. movie starring Whitney Houston and Kevin Costner, THE BODYGUARD, directed by Thea Sharrock with book by Alex Dinelaris, was nominated for four Olivier Awards and has since played to sell-out houses all over the world.

Former Secret Service agent turned bodyguard, Frank Farmer, is hired to protect superstar Rachel Marron from an unknown stalker. Each expects to be in charge but (spoiler alert!) what they don’t expect, is to fall in love. 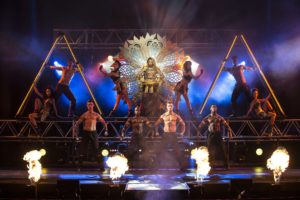 A romantic thriller, THE BODYGUARD features a host of irresistible classics including Queen of the Night, So Emotional, One Moment in Time, Saving All My Love, Run to You, I Have Nothing, I Wanna Dance with Somebody and one of the biggest hit songs of all time – I Will Always Love You.

Alexandra Burke will perform at all evening performances only

The Bodyguard is at Milton Keynes Theatre until 23rd March

What a brilliant production this is! From its very lively start through many very clever set changes & special effects, sixteen great Whitney Houston songs, some very fine singing and dancing and as if that weren’t enough, its a thriller of some quality!

You can forget Alexandra Burke XFactor Winner and replace that from now on with Alexandra Burke STAR! She carried us through the show assisted by a very talented supporting cast (loved the voice of Micha Richardson who plays Alexandra’s sister in the show) and a tight and witty script. Quite a performer is Alexandra, we were watching her as Rachel Marron, never once did my mind stray to Whitney Houston’s portrayal.

Playing opposite Alexandra is French actor-singer Benoit Marechal and what a couple they make! Not only a fine looking actor, (He’s a successful International known model) he proved that he has a fine way with comedy too!

Here’s an evening you really mustn’t miss and you only have until the 23rd March to acquire one of the few available tickets. On opening night the whole house was on its feet long before the end of the finale!

The Bodyguard is at Milton Keynes Theatre until 23rd March