Albert Lee is by common consent one of the world’s finest guitar players and has worked with some of the world’s top artists, from Emmylou Harris to the Everly Brothers, and Dolly Parton to Eric Clapton. 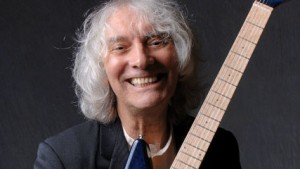 Hogan’s Heroes were formed by their namesake Gerry Hogan more than 20 years ago, specifically to back Albert. Their first gig took place in 1987 at Gerry’s annual festival for pedal-steel guitar and since then they have played together on a regular basis, becoming one of the tightest units in music.

The ticket price of £25 would be a bargain just to witness Albert Lee’s extraordinarily fine playing, but the room full of the world’s top players in Hogan’s Heroes makes the price a real bargain!

Albert Lee & Hogan’s Heroes are at The Stables on Sunday June 7th.