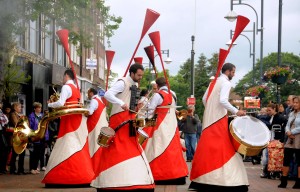 The amazing fortnight that was Imagine Watford 2013 has come to an end with a spectacular finale from Ziya Azazi, the whirling dervish who starred in the Opening Ceremony of the London 2012 Olympic Games. The town centre, transformed by giant dinosaurs, dancing beds, spinning Trolleys, pulsating music and plumes of confetti, has once again returned to normal. 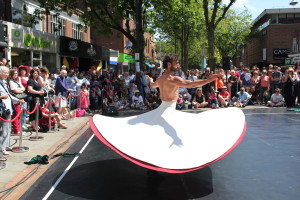 Feedback from audiences has been tremendous. Following is a small selection of comments audiences have made about the festival this year:

‘The best festival I’ve ever seen – amazing acts and really unusual. Every year has been excellent!’

‘Imagine is a fantastic asset to Watford. It could be a major draw from London.’

‘It is fantastic to have an international arts festival in Watford that is easily accessible to all.’

‘Astonishing that it’s all free – thank you Watford for investing so positively in the arts.’ 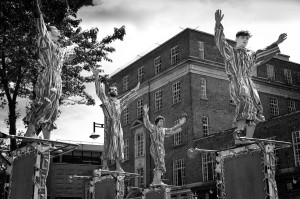