911 were one of only five music acts to score 10 consecutive Top Ten hits in the 90’s and the band enjoyed success with 4 hit albums between 1997-1999 including the top ten hit albums “There It Is” and “Moving On”.

911 soon became one of the biggest selling tour acts in the UK in that period with their jaw dropping stage shows thrilling fans all over the country. Not just in the UK either – in Asia their first album ‘The Journey’, topped the charts across the region for a total of 20 weeks with the band’s various records achieving platinum status more than 20 times in Asia. 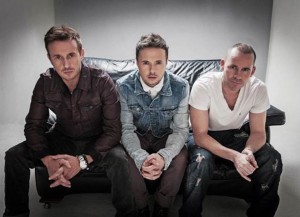 With chart success in the USA with the track “Love Sensation” – (which was featured in the 1997 film adaptation of the Harvey Comics character “Casper”) 911 were now recognized globally yet the end of the band was in sight…or was it?  Despite this global platform – and after an intense 4 years of 18 hour days and success around the world – the band decided to split in February 2000 and with hundreds of tearful fans in attendance they announced their break-up live on Chris Moyles’ Radio 1 show.

In late 2012, it was announced that 911 would be reuniting for the ITV2 documentary TV series “The Big Reunion”, along with Five; Atomic Kitten, Liberty X, Honeyz, B*Witched and Blue. The series started on 31st January 2013 and instantly became the biggest show the station had had for more than 5 years with 911 one of the highlights as their honesty and storytelling quickly entranced their audience.

May 2013, saw 911 play a 16 date sell out Arena tour around the whole of the UK. Christmas time saw the boys back in Arenas for The Big Reunion Christmas Party Tour. 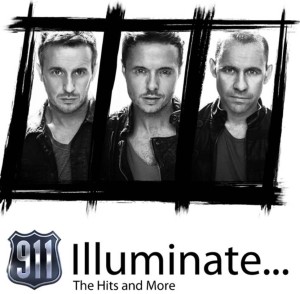 Following on from the huge success of ITV2’s The Big Reunion, 911 are thrilled to be back with a brand new album ‘Illuminate – The Hits and More’.  Lee, Spike & Jimmy have written & recorded SEVEN brand new tracks, including the new single ‘2 Hearts 1 Love’, and have re-recorded seven of their Greatest Hits.

Then in February 2014,  911 released their 2nd brand new single ‘I Do’ in time for Valentine’s Day, and are now following that up with their current UK Tour. The trio’s renowned line-up of Lee Brennan, Jimmy Constable and Spike arrive at Stevenage Arts & Leisure Centre on Sunday 30th March.

911 at the Stevenage Arts & Leisure Centre on Sunday 30th March