In the year that marks the 75TH anniversary of Kindertransport, this compelling drama comes to the Milton Keynes Theatre from 4th November 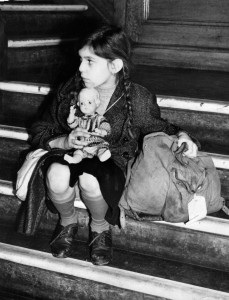 In the nine months before the outbreak of World War II, the Kindertransport ferried nearly 10,000, mainly Jewish children from Germany and Austria to safety. Many would never see their parents again. This year marks the 75th anniversary of the Kindertransport.

In Germany, in 1938, as the clouds of war thicken, a desperate mother forces her nine year old daughter Eva onto a train, sending her out of danger and into the arms of strangers. In England, decades later, a reluctant mother prepares for the departure of her grown-up daughter, Faith, as she cuts the ties of childhood. Then a chance discovery opens an unhealed wound and a long-buried secret is revealed. The bittersweet experience of every parent as they try to teach their child to survive alone, unites these women across the decades.

Winner of the Verity Bargate and Meyer-Whitworth Awards, Kindertransport by Diane Samuels is a moving insight into the complex relationship between mothers and daughters. Since its London premiere in 1993 it has been seen worldwide and is now on many school curricula. 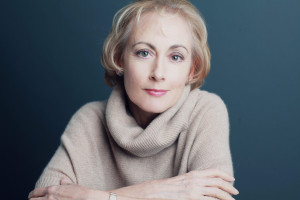 Paula Wilcox (Playing Lil) known for her TV roles in both BBC series of The Smoking Room with Robert Webb and BBCs Rock and Chips with Nicholas Lyndhurst and Phil Daniels. Her numerous West End stage roles include as Madam Dindon in La Cage Aux Folles and as Miss Havisham in Great Expectations. She was in Woody Allen’s film Scoop with Hugh Jackman and Scarlett Johansson. 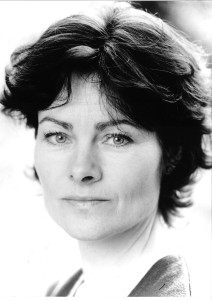 Janet Dibley (playing Evelyn) is most known for her roles in BBC’s Doctors, Eastenders and The Two of Us. She has appeared at the National Theatre, Crucible Sheffield and Manchester Royal Exchange.

Other members of the cast include Emma Deegan (Helga), Paul Lancaster (Ratcatcher), Gabrielle Dempsey (Eva) and Rosie Holden (Faith). It is directed by Andrew Hall who has directed the recent UK tour of Ayckbourn’s Haunting Julia and Mathew Kelly and Tracey Childs in Who’s Afraid of Virginia Woolf at the Trafalgar Studios.

Kindertransport is at the Milton Keynes Theatre from 4th – 9th November