With Killian Donnelly as ‘Jean Valjean’ will be Nic Greenshields as ‘Javert’, Katie Hall as ‘Fantine’, Martin Ball as ‘Thénardier’, Sophie-Louise Dann as ‘Madame Thénardier’, Harry Apps as ‘Marius’, Tegan Bannister as ‘Eponine’, Will Richardson as ‘Enjolras’ and Bronwen Hanson as ‘Cosette’. 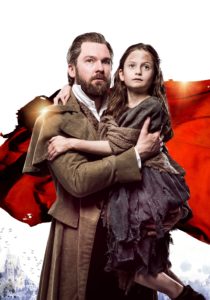 Killian Donnelly recently played the role of ‘Jean Valjean’ in the West End production of “Les Misérables”. Prior to his run in “Les Misérables”, he played the role of ‘Charlie Price’ in “Kinky Boots” on Broadway, a role he originated at the Adelphi Theatre in the West End in 2015, for which he was nominated for an Olivier Award. His other theatre credits include ‘Huey’ in “Memphis” at the Shaftesbury Theatre, he created the role of ‘Deco’ in “The Commitments” at the Palace Theatre and has also played ‘Tony’ in “Billy Elliot” at the Victoria Palace Theatre as well as ‘Raoul’ in “The Phantom of the Opera” at Her Majesty’s Theatre. 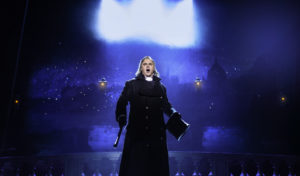 Nic Greenshields (Javert) most recently appeared in “Young Frankenstein” at the Garrick Theatre. His many other West End credits include “Les Misérables” at both the Queen’s and Palace Theatres, “The Phantom of the Opera” at Her Majesty’s, “Billy Elliot” at the Victoria Palace and “Miss Saigon” at the Theatre Royal Drury Lane. 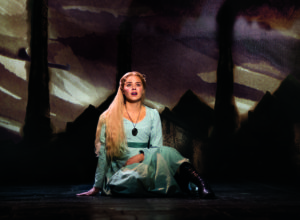 Katie Hall (Fantine) numerous credits include playing ‘Cosette’ in this production of “Les Misérables” in 2009, she also played the role at the Queen’s Theatre and in the 25th Anniversary Concert at the O2. Her other credits include ‘Christine’ in “The Phantom of the Opera” at Her Majesty’s and on tour, ‘Johanna’ in “Sweeney Todd” at the London Coliseum and ‘Maria’ in the national tour of “West Side Story”. 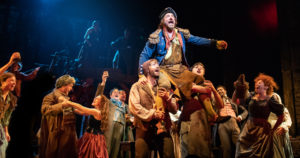 Martin Ball previously appeared as ‘Thénardier’ in “Les Misérables” at the Queen’s Theatre. His other West End credits include ‘Monsieur André’ in “The Phantom of the Opera”, ‘Harry’ in “Mamma Mia!”, ‘Mr Banks’ in the first national tour of “Mary Poppins”, He was in the original London cast of “Wicked” and in the cast of “Top Hat” in both the West End and on tour.

Sophie-Louise Dann’s many West End credits include ’Celia’ in “The Girls” (Olivier Award nomination), ‘Barbara Castle’ in “Made in Dagenham” and ‘Diana Divane’ in “Lend Me a Tenor” at the Gielgud Theatre, for which she was nominated for an Olivier Award.

Harry Apps makes his professional debut as ‘Marius’ having successfully auditioned at the recent open auditions for the show.

Tegan Bannister (Eponine)  West End credits include ‘Young Nala’ in “The Lion King” and “Les Misérables” at the Queen’s Theatre.

Will Richardson (Enjolras) has appeared as ‘Rum Tum Tugger’ in “Cats” and ‘Rolf’ in “The Sound of Music”, both on international tour.

Bronwen Hanson (Cosette) has appeared in “Broken Wings” at the Theatre Royal Haymarket. Whilst training her credits include ‘Sally Bowles’ in “Cabaret”. 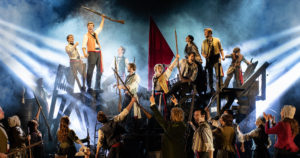 Since Cameron Mackintosh first conceived this new production of “Les Misérables” in 2009 to celebrate the show’s 25th anniversary it has taken the world by storm. Originally touring the UK throughout 2009/10, and concluding with 22 performances at the Barbican, this production was hailed by audiences and critics alike and inspired the hugely successful movie version starring Hugh Jackman, Anne Hathaway and Eddie Redmayne. The brilliant new staging has scenery inspired by the paintings of Victor Hugo.

Based on Victor Hugo’s classic novel, Boublil and Schönberg’s magnificent score of “LES MISÉRABLES” includes the songs, “I Dreamed a Dream”, “On My Own”, “Stars”, “Bring Him Home”, “Do You Hear the People Sing?”, “One Day More”, “Empty Chairs at Empty Tables”, “Master Of The House” and many more.

Cameron Mackintosh’s Les Miserables has long been one of my favourite musicals. Having seen five previous productions I admit to being a little blasé as I took my seat. But from the opening notes of the overture from the fine orchestra under the direction of Ben Atkinson and then a brilliantly performed opening soliloquy by Jean Valjean (Killian Donnelly) I knew this was about to be one of those really special performances! So it turned out to be, in fact one of my favourite nights in the theatre so far.

The sets designed by Matt Kinley were stunning. I felt that the whole show had been tightened up a notch, the evening as emotional as it was seemed to fly past. So much energy and passion from every member of the cast helped to tell the story. Because the entire company were so brilliant I am loathed to pick out highlights, but I feel Tegan Bannister deserves a mention for the way she sold the idea that she was so in love with a man who just considered her a friend in her song “On My Own” – a beautiful rendition! Jean Valjean’s “Bring Him Home” reduced me to tears, I think the best I have heard it sung in all six times I’ve seen the show. Special mention too to Shane O’Riordan who was standing in as Marius, he did an excellent job and the entire audience really took to him.

All in all a wonderful production, many congratulations to the whole team both cast and the Creative and Technical teams. If you take my advice you’ll be ringing for tickets right now!