Shakespeare’s Much Ado about Nothing is at the Cambridge Arts Theatre from 23-26 January. 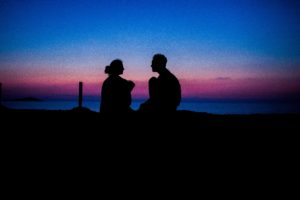 Cambridge University’s The Marlowe Society, one of the university’s most acclaimed dramatic societies, returns to Cambridge Arts Theatre after a string of successful productions in recent years including Romeo and Juliet and Edward II.

This year will see The Marlowe Society perform Much Ado about Nothing, one of Shakespeare’s most popular comedies. Marrying sharp witticism with edge, Much Ado about Nothing introduces us to two of Shakespeare’s most loquacious lovers: Benedick and Beatrice. A vivid and compelling tale, this romantic comedy explores the transcendent nature of love and its capacity to overcome the obstacles of family, society, honour and deception.

Richard Beecham, who will direct Much Ado About Nothing, has directed productions across Britain and on tour, including productions at The Old Vic, Theatre Royal Bath and the Watford Palace, where he was nominated for Best Director in the Off-West End Theatre Awards for Broken Glass, as well as receiving a nomination for UK Theatre Awards’ Best Production for Dancing at Lughnasa and a nomination for Manchester Theatre Awards’ Best Production for Rose.

The Marlowe Society has launched the careers of some of Britain’s greatest actors including Sir Ian McKellen, Tilda Swinton, Tom Hiddleston and Derek Jacobi, and continues its tradition of showcasing the best theatrical talent at the university.

Presenter Mike Moore (Black Cat 107) went along on opening night and gave his thoughts about the production:

This production by the very talented Marlowe Society is simply stunning! Avoiding the trappings of a complicated set, occasional props and lighting effects were used very successfully to depict the various scenes. They decided to bring the story right up to date – using, of course, the Bard’s original words. I was gripped from start to finish and it would be unfair to pick out any particular actor as the entire ensemble were as they should be, a close knit-team. The opening of act two with the not so bright members of The Watch was hilarious! Well done to all concerned – a production worth seeing – twice at least!

Black Cat 107 available on fm around St Neots, DAB+ across Cambridge and on TuneIn on the internet.