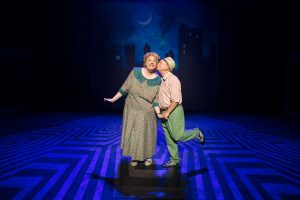 Norman Pace (ITV1’s The Hale and Pace Show) will play Wilbur Turnblad, he will be joined by Matt Rixon (The Ladykillers, Around the World in 80 Days) reprising his role as Edna Turnblad, 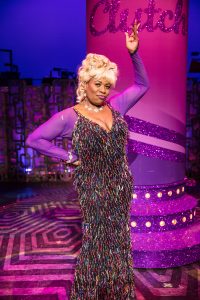 Rebecca Mendoza will make her professional debut as Tracy Turnblad.

Hairspray is a musical based on the 1988 film of the same name which starred Divine and Ricki Lake by cult filmmaker John Waters. With music and lyrics by Marc Shaiman and Scott Wittman and book by Mark O’Donnell and Thomas Meehan, Hairspray originally opened to rave reviews on Broadway in 2002 and subsequently won eight Tony Awards. The production opened in London at the Shaftesbury Theatre in 2007 and won four Laurence Olivier Awards including Best New Musical. Proving to be an international success, Hairspray has also opened in South Africa, Japan, South Korea, China and Dubai. Following the musical’s phenomenal success on stage, a film of the musical was released in 2007 which starred John Travolta, Michelle Pfeiffer and James Marsden.

Unlike the last time I saw Hairspray, this production was fun, energetic, really tight and overflowing with good performances! Firstly, congratulations to Rebecca Mendoza – if her debut professional performance is this good, she’s heading for stardom! Then we had the fabulous Layton Williams as Seaweed – fabulously acrobatic dancing and owned the stage for every second he was on it. Brenda Edwards, for once working on home territory proved once again that she has one of the richest, most powerful voices in British Musical Theatre, she’s always a complete joy to interview and to experience when she lights up the entire theatre with every entrance she makes. Norman Pace was not on the night I went, but Wilbur was in the very capable hands of ??????? (He should have been given much more credit!)  To my mind, one of the best Edna Turnblads, Matt Rixon gave his usual impeccable performance or perhaps I should say Outstanding rather than usual!

With a truly fine band onstage throughout, I can only advise those of you that have seen Hairspray before to get a ticket and bask in this production’s polished difference – and those who have never seen it DO NOT MISS THIS!