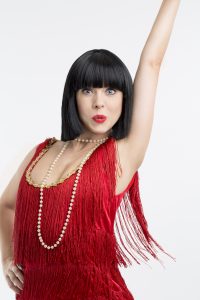 Michelle Collins will join the cast of Thoroughly Modern Millie as Mrs Meers. 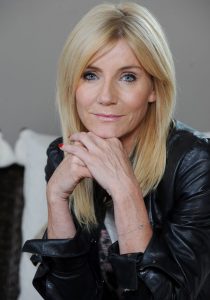 She has worked extensively in television and theatre for the last 30 years and is perhaps best known for her roles as Cindy Beale in EastEnders and Stella Price in Coronation Street. Her theatre credits include Calendar Girls (West End), The Play What I Wrote (West End), Chitty Chitty Bang Bang (UK Tour) and most recently Kindertransport (Chickenshed, London).

Winner of six Tony Awards including Best Musical, Thoroughly Modern Millie is based on the 1967 Academy Award-winning film. Taking you back to the height of the Jazz Age in 1920s New York City, when ‘moderns’ including a flapper named Millie Dillmount were bobbing their hair, raising their hemlines, entering the workforce and rewriting the rules of love.

I went along on Thursday and these were my thoughts:

Not being a particular follower of Strictly Come Dancing I wasn’t really aware of Joanne Clifton, but that certainly changed after her great performance in Thoroughly Modern Millie at Milton Keynes Theatre. As you would expect, her dancing was faultless and her singing and acting were a revalation to me! She opens the show and is onstage for almost every second of the show during which time her energy never flagged for a second! She’s done lots – Norme Jeane – The Musical, Face the Music, Burn the Floor as well as Strictly and its live tour – but I got the feeling that “A Star Was Born” in this show.

I’ve seen Michelle Collins in three shows in the last few months, always good value but I felt for her playing the part of Mrs Meers, the Sweeney Todd of the B&B trade! Swapping between an obviously false Chinese accent and an authentic American one wearing an outfit borrowed from Widow Twankey?

All in all the show has excellent choreography ( I particularly like the office full of typists at desks on wheels dancing from the knee down) some really funny moments – especially from Graham McDuff playing Millie’s boss and lots of very fine singing. I loved “Only In New York” from Jenny Fitzpatrck as Muzzy Van Hossmere and Sam Barrett as Jimmy has a great voice – his performance was very much appreciated by the packed house..

Thoroughly Modern Millie is set in the 1920’s, but dont think for one minute that it is “dated”.  Certainly worth seeing if you can get a ticket!