Breakfast at Tiffany’s, the classic tale of Holly Golightly written by Truman Capote and so memorably portrayed by Audrey Hepburn in the iconic film, has been given a new lease of life as a stage play with music starring Georgia May Foote and is at Milton Keynes Theatre 19th – 24th September.

Georgia was runner-up in last year’s Strictly Come Dancing.  Her television credits include Katy Armstrong in Coronation Street, Gemma in This Is England ’86 and Alison Simmons in Grange Hill.  Breakfast at Tiffany’s is her professional stage debut. 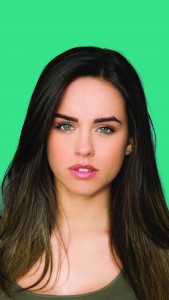 Georgia said “I am so excited that for my first theatre role I will be playing such an iconic character. I cannot wait to join the cast of Breakfast at Tiffany’s as Holly Golightly. It’s a wonderful adaptation of an incredible story and I’m really thrilled to be part of it!”

Based on Truman Capote’s beloved masterwork, Breakfast at Tiffany’s is set in New York in 1943. Fred, a young writer from Louisiana, meets Holly Golightly, a charming, vivacious and utterly elusive good-time girl.  Everyone falls in love with Holly – including Fred.  But Fred is poor, and Holly’s other suitors include a playboy millionaire and the future president of Brazil.  As war rages on in Europe, Holly begins to fall in love with Fred – just as her past catches up with her.

With memorable songs from the era, along with some original music by Grant Olding (One Man, Two Guvnors), this stylish production is set to capture the hearts of the audience and sparkle like a diamond in a Tiffany’s window.

Breakfast at Tiffany’s is at the Milton Keynes Theatre from 19th-24th September.