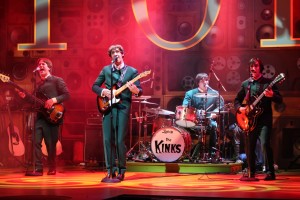 Sunny Afternoon tells the captivating tale of one of Britain’s greatest bands, The Kinks, through their iconic hits including You Really Got Me, Waterloo Sunset, Dedicated follower of Fashion, All Day and All Of The Night, Lola and of course Sunny Afternoon.

The Kinks exploded onto the 60s music scene with a raw energetic new sound that rocked a nation. But how did that happen, where exactly did they come from and what happened next? 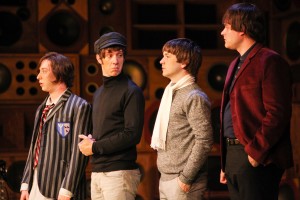 Set against the back-drop of a Britain caught mid-swing between the conservative 50s and riotous 60s, this production explores the euphoric highs and agonising lows of one of Britain’s most iconic bands and the irresistible music that influenced generations. 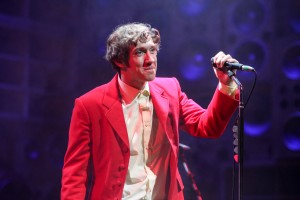 Ryan O’Donnell was a member of the band Jethro Tull for four years and most recently appeared in “Sunny Afternoon” at the Harold Pinter Theatre. His other theatre credits include: “Quadrophenia” at Theatre Royal Plymouth; “Frankenstein” at Royal and Derngate; “Romeo & Juliet” for the Royal Shakespeare Company. 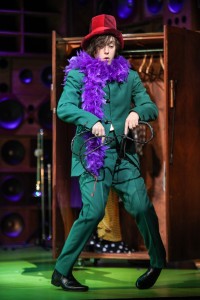 Mark Newnham most recently appeared in “All or Nothing” at The Vaults Theatre London. His other theatre credits include: “Return to the Forbidden Planet” on UK tour; “Lennon” at the Royal Court, Liverpool; “Bouncers” and “A Passionate Woman” at the Queens Theatre, Hornchurch” and “Hot Stuff” at the Oldham Collesium.

Following a sell-out run at Hampstead Theatre, SUNNY AFTERNOON opened to critical acclaim at the Harold Pinter Theatre in London’s West End in October 2014 and runs there until the end of October 2016.

SUNNY AFTERNOON has music and lyrics by Ray Davies with a book by Joe Penhall and original story by Ray Davies. It is directed by Edward Hall, designed by Miriam Buether with choreography by Adam Cooper.

Note: All photos by Kevin Cummins

Sunny Afternoon is at Milton Keynes Theatre until 3rd September.

I’m of an age that I don’t mind admitting that I enjoyed The Kinks’ hits the first time round! But I was not too sure what to expect as I went to the Milton Keynes Theatre to see Sunny Afternoon. I needn’t have worried as it turned out to be one of the most enjoyable evenings in the theatre this year! The whole show, set in front of a mountain of speakers (at times it sounded as if they were all working!) was technically excellent. The actors were also fine musicians and singers and the Ray Davies songs were reproduced more accurately than we as the audience had a right to expect!

There were moments in between the well known Kinks hits and a stunning drum solo by Andrew Gallo as drummer Mick Avory where the songs with Ray and his young wife played by Lisa Wright and Ray and Dave Davies that were so poignant that there were several seconds of emotional silence before the packed house applauded. We also saw how tough times were for groups in those days with the managers, publishers and promoters taking huge cuts of the money.

If you like a good story, or just want to experience being at a live Kinks performance then get a ticket to see this show!