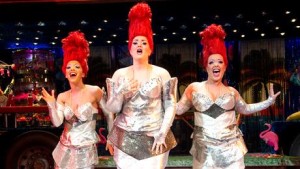 The London Evening Standard wrote of this current production: ” From the first moments when the three divas hang suspended high above a silver spangled bridge and belt out Downtown, the show never loses its spectacular, helter-skelter momentum of songs to which the drag queens lip sync” 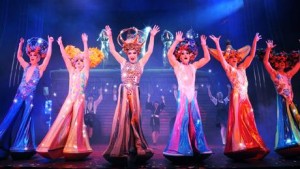