‘When someone gets murdered, you have to find out who did it…’ And that’s exactly what Christopher aims to do 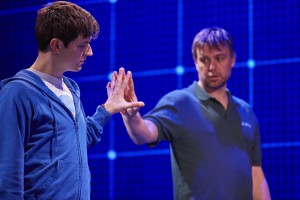 The Curious Incident of the Dog in the Night-Time won five Tony awards on Broadway and no less than seven 2013 Olivier awards; not surprisingly. It is an un-missable, unforgettable piece of theatre that is powerful, funny and moving.

Based on the award-winning novel by Mark Haddon, adapted for the stage by Simon Stephens and directed by Marianne Elliott, this stunning National Theatre production makes a much-anticipated visit to Milton Keynes Theatre in November. 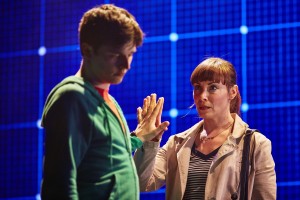 The set is designed by Bunny Christie with movement by Scott Graham and Steven Hoggett for Frantic Assembly.
Starring Joshua Jenkins as Christopher and an ensemble cast that includes Geraldine Alexander, Stuart Laing and Roberta Kerr.

The Curious Incident of the Dog in the Night-Time comes to Milton Keynes Theatre from 2nd – 7th November .