This is the week that The Greatest Show on Earth comes to Milton Keynes Theatre! 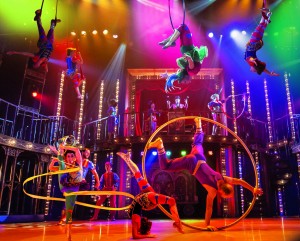 ‘Barnum’s the name, PT Barnum, and I want to tell you that tonight, on this stage, you are going to see – bar none – every sight, wonder and miracle that name stands for!’

How can you resist that as an invitation to catch a show?

Tue 12 – Sat 16 May Milton Keynes Theatre becomes the venue for all the thrills and spills of the circus when the irrepressible imagination and dreams of Phineas T Barnum are brought to life in this exhilarating musical. 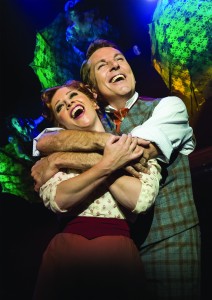 PT Barnum lit up the world with colour, warmth and all the excitement of his imagination, finally teaming up with J A Bailey to create Barnum and Bailey’s Circus, The Greatest Show on Earth.

With a wonderfully exuberant score by Cy Coleman which includes hits such as Come Follow The Band, The Colours Of My Life and There Is A Sucker Born Ev’ry Minute, BARNUM was a smash-hit when it opened on Broadway in 1980 and continued its award-winning run of luck when it transferred to the London Palladium with Michael Crawford in the lead role.

Barnum is at Milton Keynes Theatre from 12th – 16th May only.

Our review of this show on Theatre Reviews page. (click above)