Based on Mel Brooks’ beloved Academy Award winning movie, The Producers is a hilarious musical comedy that has taken Broadway and the West End by storm, winning a record-breaking 12 Tony Awards and 3 Olivier Awards; comes to Milton Keynes Theatre from 30th March until 4th April. 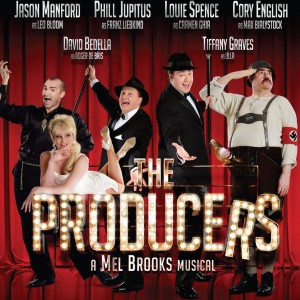 Impoverished by a string of flops, New York producer Max Bialystock recruits downtrodden accountant Leo Bloom to help him pull off Broadway’s greatest scam. Together they aim to produce the worst show in history and run away to Rio with millions, but they learn that Show business can always find a way to kick you in the teeth. Featuring a riotous mix of eccentric characters and the all-time classic song Springtime For Hitler, The Producers is the funniest Broadway musical of all time. 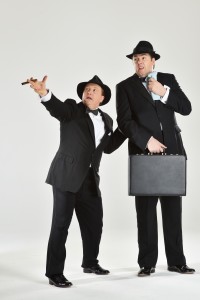 The cast for this Springtime tour of The Producers features comedian Jason Manford as timid accountant Leo Bloom. Cory English reprises his role as Max Bialystock, one he played to critical acclaim in London’s West End. Tiffany Graves joins the company as Ulla the object of Leo Bloom’s affections. 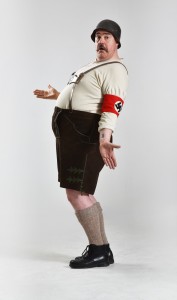 Phill Jupitus in the role of Franz Liebkind; the short fused, carrier pigeon keeping, former Nazi, brought on board by Max Bialystock and Leo Bloom to help them in their plot to put on the worst musical of all time.