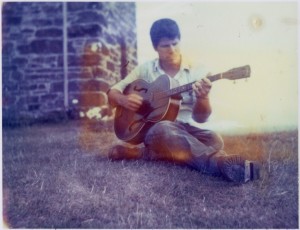 Seth has released seven albums including 2005’s Mercury-nominated Kitty Jay, gold-selling Freedom Fields (featuring hit singles Lady of the Sea and The White Hare) and his latest album, Word of Mouth, which confirms Seth’s innate knack for writing foot-stomping, sing-along songs and more tender, thoughtful ballads. His fiddle and tenor guitar playing is often breath-taking and Seth’s trademark, soaring vocals are at the forefront of the album, as beguiling and haunting as ever.

Seth Lakeman has performed everywhere from Libya to Australia to Texas over the years, as well as featuring on just about every major festival bill across the UK. In addition, he has toured extensively around Europe too where he’s also performed with others including Tori Amos and Clannad. He also played a number of live dates in 2013 as part of The Full English project. The first single from Seth’s Word of Mouth album ‘Portrait Of My Wife’ also features on ‘The Full English’ album which won Best Album at the BBC Radio 2 Folk Awards in 2014.

Seth Lakeman appears at the Alban Arena for one night only, Thursday 3rd February.