The Price by Arthur Miller presented by The Company of Ten, at The Abbey Theatre (Studio) until 30th January. 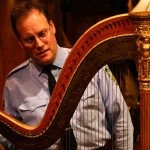 For some time The Company of Ten have added Sunday afternoon performances of their plays at The Abbey Theatre in St.Albans,
and judging by the full house for Arthur Miller’s play, THE PRICE, the idea is popular.
.
Victor Franz and his wife Esther are waiting for a valuer to arrive to offer a price for the old furniture and belongings of his late father.
Victor has sacrificed his college education and reluctantly become a cop in order to look after his father while his brother, who he has not seen for 18 years, has become a rich successful surgeon.
Jewish Gregory Solomon the 89 year old valuer takes his time in offering Victor 1100 dollars when brother Walter arrives.
.
Although The Price at The Abbey Theatre is sold out, Malcolm Singer managed to get in to see a Sunday afternoon performance. You can read what he thought of the production if you click on Theatre Reviews above.
.
The Price is SOLD OUT for its entire run, to try for returns contact:
Box Office 01727 857861 or online:  http://www.abbeytheatre.org.uk
Follow @erniestheatre

One thought on “Arthur Miller’s The Price is a sell out at The Abbey!”